Serving the Automotive Industry for Over 50 Years

Dominic Vetere Senior and his son Mickey Vetere opened Dom’s Auto Parts in March 1964. Starting with only 6 employees in a small west end yard in Toronto on McCormack Street, Dom’s Auto Parts was rapidly growing and looking to expand.

In 1967, Dom’s Auto Parts purchased Motor City Auto Parts 65 acres of property in Courtice which is where we reside today. In 1975 Dominic Vetere Senior passed away, leaving son Mickey and son in-law Gino to run the family business. In 1976 the Toronto location was closed.

Over the years, Mickey Vetere had been considered a pioneer and innovator in the recycling industry. With such passion, Mickey helped establish I-CAR in Canada and was a founding board member and past president of the Canadian Auto Recyclers Association. Among many first, Mickey ran; Canada’s first recycler’s trade show at the Bristol Place Hotel in Toronto with Roger Dupuy, the Hot Line and the Roadrunner Transport System to name a few.

Dominic Vetere Junior, began working at the Courtice facility in the mid 80’s which turned into a partnership with his father. In 2013 Mickey passed away leaving the family business to Dominic.

As past president of the Ontario Automotive Recyclers Association, Dominic remains actively involved in the automotive industry and is committed to helping the advancement of the industry he loves so much.

With over 30 employees, Dom’s Auto Parts continues to be a leader in the auto recycling industry in Canada. 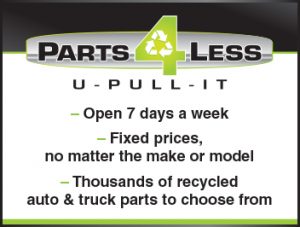